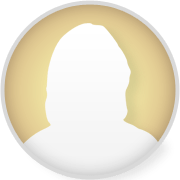 in my lack of knowledge, less troubles bother me

much better than being wise has been behaving foolishly

I, sunken in the stormy waves of envy will be found

why then beholden to the grace of life-force, would I be

if scattering my heart around, I’d acted thoughtfully

to have surpassed the nightingale and put all bards to shame

when with my rivals you too rise to leave the company

Instead of being among the guests, the host I’m held to be

whoever’s grave you ventured past, a new life did obtain

of all who perished in your love, alone do I remain

if only I was famous for being cultured and refined

when her tresses I beheld, peace only then I found

I was restless until now as troubles did surround

signals my rival made to her I never would have seen

if amongst her sentinels, like this, I had not been

a prize is truly worthy if obtained at cost of life

sheftaa, the tavern’s elder casts his favors, grace on me

I often get the chance to drink in pious company