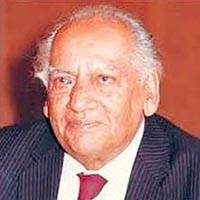 We who were Executed

I longed for your lips, dreamed of their roses:

I was hanged from the dry branch of the scaffold.

I wanted to touch your hands, their silver light:

I was murdered in the half-light of dim lanes.

And there where you were crucified,

so far away from my words,

you still were beautiful:

color kept clinging to your lips

rapture was still vivid in your hair-

light remained silvering in your hands.

When the night of cruelty merged with the roads you had taken,

I came as far as my feet could bring me,

on my lips the phrase of a song,

my heart lit up only by sorrow.

this sorrow was my testimony to your beauty-

Look! I remained a witness till the end,

I who was killed in the darkest lanes.

It’s true that not to reach you was fate

but who’ll deny that to love you

was entirely in my hands?

So why complain if these matters of desire

brought me inevitably to the execution grounds?

Scroll back to top